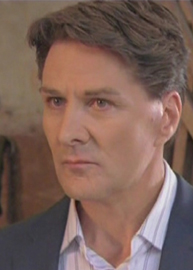 Andrew Bernard has 322 acting gigs and another 351 presenter roles under his belt. He is the popular host of Extreme Makeover being aired on the Sky Channel along with lead roles in several other commercials on that same network. Andrew’s main asset is his voice which he uses to further his freelance business as a corporate commercial advertiser. He is the voice for many video commercials that are aired in the United Kingdom, Singapore and Poland. The English-bred presenter knew he wanted to pursue a career in media after copping several minor roles in commercials. He worked his way up the rungs of TV and theatre production by attending the Central School of Speech and Drama and Actors Centre in London. At the end of his professional training he had acquired new skills to include competently carrying out the Meisner Acting method and improvising.

Improvising is very important in the unpredictable media environment since it is expected that all bad things can happen at one time. Luckily for Andrew, he is always prepared for a live presentation on television or radio. His natural vocal strength makes it a pleasure to listen to his productions. His most popular theatrical appearances includes Frankenstein in the Panto in which he played the scary Dracula character, Moulin Rouge where he played Harold Zeiggler and the Fleet’s Inn in which he played the Principal. Some of Andrew’s biggest commercial clients include Prudential Insurance, Handy Pad, Tron Direct, the Sun Paper, the US-based Armani, Royal Bank of Scotland and Danbar Games.

Andrew also has a hidden sportsman personality since he will spend his days riding through the thick bush in a robust farm tractor. He is fond of exhilarating car or motorcycle racing sessions. Andrew enjoys horseback riding, clay pigeon shooting, archery, tennis, basketball and all water sports.