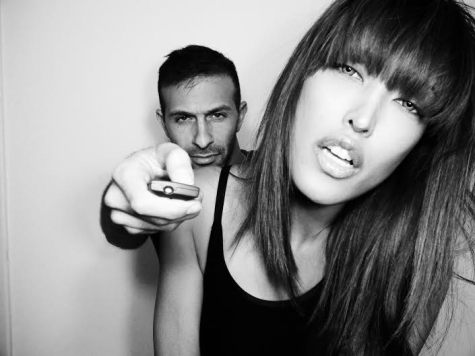 What does it take to a be a truly successful actor? Some would say beauty, and some would say brains. Some would argue that the person really has to want it, need it, crave it – even against the wishes of their parents. Others would say that it all comes down to talent. Thankfully, in the case of Daniela Junko, she covers all areas. She is beautiful, proven by the fact that she is a successful model. She has brains: you can’t deny that when someone speaks three languages fluently. She has fought against the expectations of her family by going into acting, and has demonstrated again and again and again that she is talented. Daniela Junko is taking the world by storm.

Starting her career as a high fashion model, Daniela has appeared in numerous print ads and fashion spreads for magazines such as Sultra and L’Officiel, advertising campaigns for Alexander McQueen, Christian Louboutin, Diane Von Furstenberg, Jimmy Choo, and Furla among others. Her striking good looks have also landed her as a catwalk model for Guess, she has opened shows for exclusive Singaporean designers, Levi jeans and many others. She has also featured in a number of TVC’s  for  the HBO movie channel, ESPN sports, and advertisements for Panasonic and Sony Ericsson. Daniela has experienced so much excitement during her time as a model that only many could dream about. When Daniela was recently asked about the most exciting designer she has worked for, she said: “Victoria’s Secret for sure”. At the time, not only did she do a presentation for them, but she was the only model in Singapore chosen for the job. Needless to say, the client was absolutely mesmerized by her charm, making her one of his angels.

Daniela is now taking over Hollywood, and she is doing it through carefully chosen roles that many people would not have the emotional maturity to even attempt. Her first feature film was playing a lead role in the movie ‘Rough Mix which had viewers glued to their seats in the powerful performance she gave. Proving that she is not just a pretty face, Daniela has successfully transitioned into the acting world with grace. She has been hard at work, the centre of many feature films, and we simply cannot wait to watch them all. From “Plastic”, a film about overcoming domestic abuse, “Three Kings Down”, a complex story of manipulation, lust, and crime, and “Sky”, in which she plays a woman destined to bring justice to the world, Daniela Junko has never shrunk away from complicated characters. Perhaps that is because she is one herself.