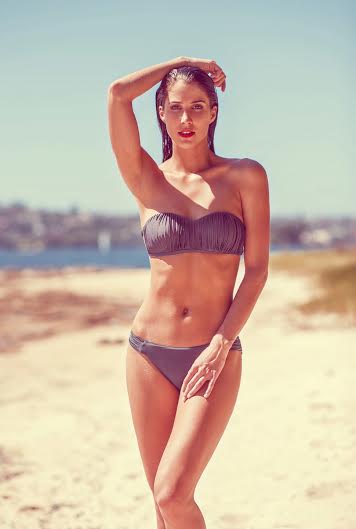 The world of entertainment has some brilliant artists who by their passion give some amazing performances. One such artist is Australian dancer, model, actress and presenter Stacey Kenealy. This gorgeous star from Queensland has immense passion for the entertainment world and this is what makes her so accomplished in this field. She finds herself lucky to have a career which offers her an opportunity to combine her love for performing with her zest for travel.  With a fantastic dancing background running for a decade, Stacey has set foot in the world of modeling and acting. She is regarded as one of the most popular performers in Australia.

Her works across the field of television, films, commercials, stage and theatre, fashion and modeling will leave anyone spellbound as the list is absolutely mind blowing and filled with rich experience. In television she has appeared as a dancer in ‘X factor’, ‘Hey Hey it’s Saturday’ with Human Nature’, ‘Sunrise’ with Human Nature’ and Moulin Rouge -PARIS to name  few. Her film work covers Dance Academy and Goddess Film.   She has alo done lot of commercials which covers names like Coca Cola, Nike, Diesel, Korean Exchange Bank TVC, Toyota Ritz TVC, Australia’s Next Top Model and more.

Stacey is a perfect example of someone who rightly knows to combine the skills in various fields like dancing, modeling and acting. She is a thorough professional and has worked around the world which comprises of places like Italy, Paris, Belgium, Moscow, Malaysia, Thailand, Singapore, Dubai, New Zealand, Philippines, and Malta and the list goes on.  She truly understands the importance of fitness and lives an extremely healthy lifestyle.

Let us look little bit into how this amazing artist got into the field of performing. Stacey started dance classes at the age of four as she watched her sister dancing at her local school. Then she participated in her first Eisteddfod tap dancing to “Rubber Ducky”. She had her first taste of the professional world at the age of 12 when she booked her first international gig performing in a children’s show produced by Millennium Entertainment in Dubai. This experience opened her eyes to having a career that would allow her to blend performing and travelling.

She is highly inspired by Jennifer Lopez and considers her as female powerhouse who has mastered all fields in the entertainment industry. Stacey has trained intensely in all styles of dance like Jazz, Hip Hop, Lyrical, Contemporary, Tap, Classical and Acrobatics and her preferred style is jazz or more particularly commercial jazz. In acting, she has done a number of short courses to get a feel for different styles and techniques. Some courses include NIDA and under the direction of renowned Australian acting coach Sandra Lee Patterson.

Her personal favorite role to date was performing in Paris and touring internationally with The Moulin Rouge.  Her other career highlights include, dancing with Ricky Martin and Jessica Mauboy at the Australian NRL grand final 2013, performing with Australian pop group Human Nature, and performing with various artists on reality music television show The X Factor.  Recently she loved shooting for David Jones’ Autumn/Winter Brand book, and being the face of Lipton Ice Tea for their Australian and New Zealand campaign. One of her most recent projects was in Europe, where she performed alongside Australian R&B and Pop artist Jessica Mauboy and recently shot for a campaign for international active wear brand Lorna Jane.

For the future, this beautiful performer wishes to continue working and broadening her depth of work in Australia and her career ambition is to move to the USA and work with the best artists in the industry. For the aspiring performers she gives advice on the benefits of being an all-rounder and also remaining humble, kind as well as respectful to the peers.