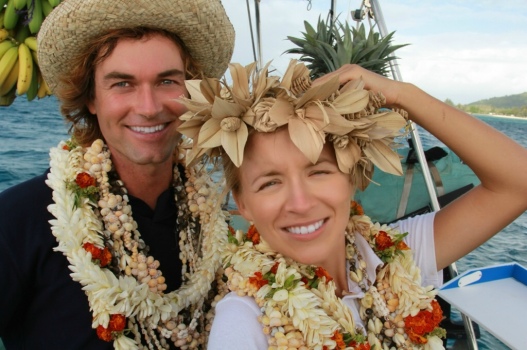 There are very few people within the world of television that have the personal motivation to give up their time to really pursue their dream, but Agnieska Lal is one of those rare people that, from a very young age, has been aware of the sacrifices that one needs to make to succeed in television. She should know, after all – she has been a television presenter since the age of fourteen.

Agnieska’s parents both worked within the television world in Poland when she was a child, which gave her a love of the sets, the direction and  the production value that could so easily be added onto a production.

Therefore, when the chance came up for her to audition to become a presenter on a TV youth program in Poland, Agnieska jumped at the chance – without even letting her parents know that she was trying out for it! She was successful, and that was how her career began. But it was not always plain sailing; because of her young age, Agnieska had to balance a strict television schedule with her schooling, often trying to get her homework completed between rehearsals.

Now, Agnieska has more experience than most people ten years her senior within the world of television, which is why Agnieska is looking for a new challenge. Now, instead of sitting in front of the camera, Agnieska is working behind it. Her producing has been admired by many people, and she is currently working on a travel documentary called Heading Liberty. Agnieska hopes to continue her career within the production world, gaining more and more experience to increase her skill base as she seeks to create more beautiful films. It is really anyone’s guess as to where she will end up, but she certainly has the talent to go all the way and already has Hollywood talking.