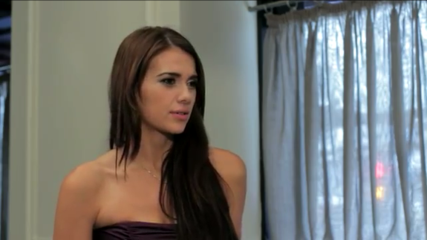 From small acorns, do great oaks grow. It may be a phrase as old as the hills, but it remains just as true as it ever did, and Katie Elizabeth is just one example of that. When only a mere seven years old, Katie had the opportunity to audition for the role of Melody in the film Brassed Off. This chance to appear on a stage gave Katie such a buzz, even at that age, that her parents recognized that she could have a real talent within her.

Katie joined Stagecoach in 1998, and throughout her time there she gained the lead role in many productions and showcases. It was evident to many people that watched her act that she had an amazing amount of power behind her performances. In fact, her performance of Sally Bowles in Cabaret won her the Student of the Year Award in 2007.

Further inspired by the work that she was doing, Katie then decided to take on a two year course in performing arts. Once again, throughout her time Katie shone absolutely above and beyond her co-stars, and Katie knew that she could not stop there. Studying at a university level pushed her acting techniques further beyond her comfort levels, and Katie continued to be noticed for her ability to exceed all expectations. Other University of Salford alumni on the same course that Katie took include Peter Kay, Christopher Eccleston, and Jim Sturgess.

Katie has proven herself successful already, but does not want to stop there. Currently, Katie is working towards starting her first ever pilot season in Los Angeles, working very closely with Susan Havins and Allan & JoAnn Keper. She is furthering her networking within the US, which is springboarding her into gaining a co-star ring part in a television series.